To share your memory on the wall of Sr. Mary Lenora Black, OSB, sign in using one of the following options:

Provide comfort for the family by sending flowers or planting a tree in memory of Sr. Mary Lenora Black, OSB

The gesture that can change the world

Print
Sr. Lenora Black, OSB
1926-2019
Clyde, Missouri -Benedictine Sister of Perpetual Adoration Lenora Black, OSB died on Oct. 9, 2019.
She was born Lenora Bernice on Sept. 15, 1926, in Lake Worth, Florida, to Lester and Lillian (Porte... Read More
Sr. Lenora Black, OSB
1926-2019
Clyde, Missouri -Benedictine Sister of Perpetual Adoration Lenora Black, OSB died on Oct. 9, 2019.
She was born Lenora Bernice on Sept. 15, 1926, in Lake Worth, Florida, to Lester and Lillian (Porter) Black. Her younger sister, Lois, was born five years later.
In 1928 the family moved to Watertown, Massachusetts, where Lenora grew up and attended school. Her mother was an excellent seamstress and taught her how to sew. Lenora also enjoyed reading, art and music since asthma prevented her from participating in many sports. She was a Girl Scout and sang in the choir of the Congregational church where her family worshipped. Living near Boston, she enjoyed attending concerts by the Boston Pops and visiting the area’s fine museums and historic sites.
Lenora graduated from Watertown Senior High School in 1944 as class valedictorian. Music held a special place in her heart; she attended the Trapp Family Music Camp in Vermont for many summers. However, she enrolled on scholarship at nearby Tufts University and pursued a degree in chemistry. She graduated summa cum laude and Phi Beta Kappa in 1948.
The young college graduate was hired by the Eastman Kodak Company in Rochester, New York, as an analytical chemist. It was during this time that her interest in photography grew, so she took classes and learned about dark room work and developing prints.
As a young woman, Lenora also grew more interested in things other than photography. Her time at the Trapp music camp exposed her to Catholicism for the first time in her life. Once she was out of school and working at her first job, she took classes and later converted to Catholicism.
Lenora became interested in religious life shortly after her conversion. She was active in various Catholic groups, took classes in theology at Nazareth College, and made a pilgrimage to Rome, Switzerland and France with a group of young Catholics. Her travels all led up to something very special. She began exploring different religious communities and was drawn to the Benedictine Sisters of Perpetual Adoration. She preferred their contemplative life and their emphasis on liturgy and prayer.
“I found a stability that appealed to my restlessness and a security in the structures of communal life,” she once said.
Lenora entered the Benedictine Sisters in 1952 but not before taking her parents on a European trip. She made her first monastic profession on Feb. 11, 1954, and her final profession on March 12, 1959. She was given the name Sister Mary Lillian but reverted to Sister Lenora years later.
During her years as a Benedictine Sister, Sister Lenora lived at the communities in Clyde, Kansas City and St. Louis, Missouri; Mundelein, Illinois; Dayton, Wyoming; San Diego and Tucson, Arizona. Her jobs included work in the vestment, correspondence and altar bread departments, as organist, portress, spiritual director and in computer networking. The longest of her monastic duties were as the editor of the congregation’s Spirit&Life magazine, as liturgist and as oblate director. These positions gave her immense joy.
In 1980 a very special opportunity arose when she was asked to spend nine months in Tororo, Uganda, with the Benedictines of the Blessed Sacrament. Her assignment was to help the African sisters with formation, liturgy and to grow in other areas of community life. That part of Africa was politically unstable, travel was hazardous and widespread famine and a lack of medicine created severe hardships. Sister Lenora led classes, provided music instruction, sewed and repaired musical instruments. It was a very difficult assignment and she doubted what difference she could make amongst such strife.
“Mostly, I think my presence was saying to them that someone did care about them and their needs,” she recalled.
Over the years, she continued her love of learning, taking classes in Christian spirituality at Creighton University and attending a six-week course at the Institute of the Theology of Religious Life sponsored by Thomas More College.
Sister Lenora served as subprioress at Clyde, on various advisory boards at the Tucson monastery, on the board of the World Community for Christian Meditation and as a member of the Association of Contemplative Sisters. She encouraged women interested in ritual to meet at the Tucson monastery. She played recorder with the Tucson Recorder Society that met monthly at the monastery.
“My years in the Congregation have given me many opportunities for spiritual, educational and cultural enrichment, and I am very happy to have found ways to give back to others the fruits of those blessings,” she said.
Sister Lenora loved meeting and spending time with people, especially those who “stretch my horizons and help me to grow.” More than one Sister remarked that she remained energized by interactions with Christians of various denominations. She traveled to several different countries, enjoyed reading and writing, digital and print photography, dark chocolate, hiking through her beloved desert and mountains, and playing the piano and games with friends.
Aging was difficult for Sister Lenora. She came to our Healthcare Center from Tucson in 2016. As she entered her ninth decade, a loss of energy and diminishment in her eyesight began to take its toll. However, she remained able to indicate her wishes regarding treatment as her health failed.
Sister Lenora is survived by her nephews, John and Tom, who visited her regularly; nephews Paul and Michael; many friends and her monastic community. A wake will be held at the Benedictine Convent Chapel in Clyde at 7pm on Thursday, October 17th Her funeral liturgy and burial at Mt. Calvary Cemetery are scheduled for Friday, Oct. 18th at 9am at the Benedictine Convent Chapel in Clyde. Online condolences can be made to the family at www.pricefuneralhomemaryville.com.
Arrangements Price Funeral Home, Maryville, Missouri.
Read Less

To send flowers to the family or plant a tree in memory of Sr. Mary Lenora Black, OSB (Black), please visit our Heartfelt Sympathies Store.

Provide comfort for the family by sending flowers

We encourage you to share your most beloved memories of Sr. Mary Lenora here, so that the family and other loved ones can always see it. You can upload cherished photographs, or share your favorite stories, and can even comment on those shared by others.

Posted Oct 17, 2019 at 08:49am
I will always remember Lenora as a beloved member of my extended family. She was kind and smart, and she loved life. Because she was adventurous and open to new experiences, she lived a full life. Her kind and gentle demeanor made it easy to spend time with her. I always enjoyed her company, and I will miss her very much. 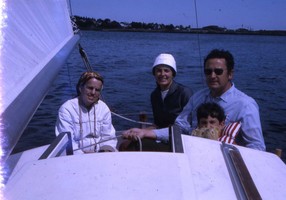 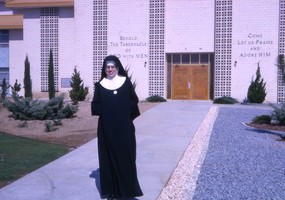