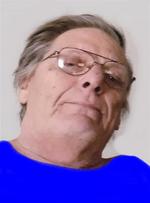 Sam Johnston, 61, of Maryville, Missouri passed away unexpectedly on Thursday, August 6, 2020 at his home.

Sam was born on March 3, 1959 in Centerville, Missouri to Joseph and Mary (Tate) Johnston. He had previously worked at Kawasaki in Maryville.

He was preceded in death by his parents, two brothers, George and Tom Johnston and a nephew, Dakota.

Mr. Johnston has been cremated under the care of Price Funeral Home in Maryville. There will be no visitation or services held. Burial will be held at Nodaway Memorial Gardens at a later date. www.pricefuneralhomemaryville.com.