To share your memory on the wall of Jessica Loch, sign in using one of the following options:

Jessica lived life the only way she knew how: in service to others. From the time she was born as the oldest child of seven, she took on the role of mother hen. When she met her husband Bill at Northwest Missouri State University in 1970 during a hayrack ride, he quickly convinced her that he was the only man for her. It did not take her long to fall in love with Bill, or his 1967 GTO. The courtship was short, and they married on May 27, 1972, in Rockford, Iowa.

Jessica and Bill built their life together in Maryville, Missouri, where she immediately began her philanthropic and volunteer efforts. She was passionate about people and their causes and never said no to someone in need of help. She was actively involved with the Maryville Chapter L of PEO (twice Chapter President), St. Francis Hospital Auxiliary, Daughters of the American Revolution, Children’s Mercy Hospital, and CASA. She was honored to be a part of numerous philanthropic ventures such as the Rickard Trust, where she helped secure funds for emergency responders. Jessica also served the community raising money for causes such as the Maryville Public Library and the Nodaway County Historical Society. For decades, she loved being an advisor to her beloved sisterhood of the Sigma Sigma Sigma Sorority and was known to many of her friends as the Town Crier, an endeavor she utilized to engage others in the community helping those in need. She also enjoyed spending time with her friends playing bridge and Mah Jongg.

Her faith in the Catholic Church was taught to her by her mother and father and passed along to her children. She loved her involvement at St. Gregory’s and was a lector at mass.

She was preceded in death by her father Clement O’Rourke; her sister Julie (O’Rourke) Fernandez; and her father-in-law Robert E. Loch Sr. and mother-in-law Betty Lou Loch.

To send flowers to the family or plant a tree in memory of Jessica Jayne Loch (O'Rourke), please visit our Heartfelt Sympathies Store.

Receive notifications about information and event scheduling for Jessica

You will receive any future notification messages.

Provide comfort for the family with a meaningful gesture of sympathy.

We encourage you to share your most beloved memories of Jessica here, so that the family and other loved ones can always see it. You can upload cherished photographs, or share your favorite stories, and can even comment on those shared by others.

Christine Lanza and Amanda Cernik, Erin's Team Impact, and other have sent flowers to the family of Jessica Jayne Loch (O'Rourke).
Show you care by sending flowers

Posted Jan 23, 2019 at 02:01pm
Bill and family, So very sorry to learn of the passing of Jessica. Times like these are never easy but be assured a new beginning will come for us all...Your Jessica will be waiting for you. Our thoughts and prayers are with her and you, her loving family.
Comment Share
Share via:
CC 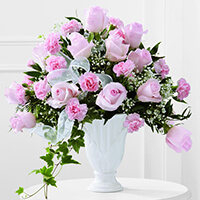 Christine Lanza and Amanda Cernik purchased the The FTD Deepest Sympathy Arrangement for the family of Jessica Loch. Send Flowers

Posted Jan 21, 2019 at 03:09pm
Our hearts are with Erin and family! May Jessica's loving light forever live in your hearts! We love you Coach Fingo!

Posted Jan 20, 2019 at 04:38pm
Sending heartfelt sympahty to your entire family! Jessica and I were in the same elemtary school in Nora Srings IA WHEM Dad and Mom moved us to Rockford. Jessica family moved soon after follow by a 3rd Classmate (Boyd) We served as Class Officers together and were in Speech contests and decorated the Homingcoming float the year Jess was elected Queen! We were always good friends! After Graduation she went south to Maryville I went North to Stilwater MN and so only saw one another at clas reunions but what fun it was! This is a big loss to have her gone but rjoice in the knowledge that the pain and the suffering of this world is over as she now sits amidst a bright and shining light! Rest in peace dear friend
Dan Schultz Stilwater MN
Comment Share
Share via:
JG

Posted Jan 20, 2019 at 10:41am
When we lose a loved one here on earth, we gain an angel in heaven that watches over us.May you take comfort in knowing that you have an angel to watch over you know.
We extend our most sincere condolences to you
Comment Share
Share via: