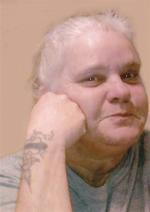 Jackie D. Affuso, 59, of Maryville, Missouri passed away unexpectedly on Thursday, July 9, 2020 at her home.

Jackie was born on May 4, 1961 on Mesquite, Texas to Milus and Myrtle (Bradley) Nichol. She had worked for Kawasaki in Maryville.

She was preceded in death by her father, Milus Nichol, mother-in-law and father-in-law, Irene and Harold “Dumbo” Barr and her step-father, John Bradley.

Mrs. Affuso has been cremated under the care of Price Funeral Home in Maryville. There will be no visitation or services held. www.pricefuneralhomemaryville.com.