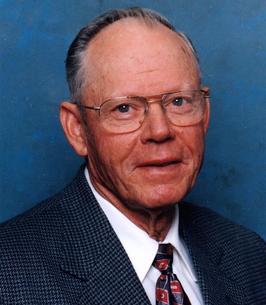 Print
Harold Eugene "Doc" Hayden, 86, of Worth, Mo., formerly of Nodaway Co., Mo.patiently and calmly awaited the call of His Savior, Jesus Christ, at the Pine View Manor, Stanberry, Mo. where he passed from life to a Glorious Life on Thursday, November 22,, 2018.

He entered this world on April 2, 1932 at the old St. Francis Hospital on East 1st Street St, in Maryville, MO., being the only one of his eleven siblings to be born in a hospital. His early days were spent helping with the farm responsibilities of his parents, Will and Nettie McCarty Hayden, and he attended elementary schools at Highland, Pickering, and Xenia. While going to Maryville High School he lived with his sister, Pauline and Orville Bailey, and their son, Ron, helping with their dairy operation and graduated in 1950 excelling in Mathematics and Science with honors. In 1949, he had been privileged to attend Boys State at the Kemper Military Academy in Boonville, Mo. Being from a musical family, he played the guitar and sang country music entertaining local communities and was also invited to perform at programs sponsored by the Maryville Chamber of Commerce. Later, he was asked to give a few numbers on radio station K.M.A. in Shenandoah, Iowa.

In January, 1952, he enrolled in the pre-veterinary curriculum at the University of Missouri-Columbia where he was in the R.O.T.C. After his acceptance in 1954, besides studying for many long hours, he also pursued a variety of jobs to meet expenses, He helped serve banquets at the Student Union at the University, was a waiter at the Columbia Country Club, performed test at the University Climatic Laboratory, and was the janitor for the office of three pediatricians. Graduating in June 1958, he received a Bachelor of Science in Agriculture and a Doctor of Veterinary Medicine Degree, immediately opening a general practice at Barnard, Mo. where he continued until his retirement in November 2002. As a senior in Veterinary School, he was inducted into two scholastic honor societies, Phi Eta Sigma Fraternity and Gamma Sigma Delta, Missouri Chapter.

During the forty-four years of practice, he met many fine people and appreciated their confidence and trust. Anytime young folks voiced a desire to participate in "job shadowing" sponsored by local schools, Dr. Hayden was honored to share his knowledge. As the Hayden family offspring grew some vacation time was spent traveling together and advanced Veterinary School students capably took care of the animal needs in the community. Some of those were: Tom Johnson, Joe Walker, Richard LeFevers, Ted Trimmer, Steve Byergo, and David Rybolt who in 1970 became an associate expanding the business to a two-man practice. They were partners until July, 1993.

Dr. Hayden was a Lifetime Member of the Missouri Veterinary Medical Association and an Honor Roll Member of the American Veterinary Medical Association. He accepted Jesus Christ as Savior and Lord in 1969 and united in fellowship with the Barnard Cristian Church, then the Gentry Christian Church, On December 21, 1953, in Orange, CA., he married Wanda L. Pierson and together they became parents of four children who survive: Jeffrey Lee (Lora) Hayden, Platte City, MO., Becky Jo (David) Clements of Liberty, MO., Paul Stephen (Heather) Hayden of Worth, MO., and Susan Rene (Terry) Pryor of St. Joseph, MO.

The family suggests memorial contributions be given to doctorswithoutborders.org.

Burial will follow the service at the Nodaway Memorial Gardens, Maryville.

Online condolences may be made to the family at www.pricefuneralhomemaryville.com

We encourage you to share any memorable photos or stories about Harold. All tributes placed on and purchased through this memorial website will remain on in perpetuity for future generations.

SH
Praying for the entire family. You faith will help you through your lives.
Sharon Hayden - Saturday December 01, 2018 via Condolence Message
Share This:

DD
We feel certain the angels in Heaven danced with joy on Thursday, Nov.22, 2018 when they were joined by our dear cousin. This would have been much like we did back in 1953 when Harold joined our earthly family by marrying our cousin Wanda Pierson. We were in awe of his talent and abilities and loved hearing him sing and play the guitar.
Harold was a man of faith and we feel honored to have shared so many years with him.
Dorene Pierson Updike and Dean Pierson
Dorene & Dean - Monday November 26, 2018 via Condolence Message
Share This:

GB
Wanda and family, I wanted you to know that you are all in my thoughts and prayers at this time. Love to you all.
Gail Bailey - Sunday November 25, 2018 via Condolence Message
Share This:

One of the best. Some great memories. See you on the other side and thank you for making this world a better place. Love. Pam & I
Gary and Pam Townsend - Saturday November 24, 2018 via Condolence Message
Share This:

MW
Thank you for all the years of dedication & care that you & Wanda provided to our community. Rest In Peace Doc, you deserve it.
Marcia Hutson Webb - Saturday November 24, 2018 via Condolence Message
Share This:
1
Page 1 of 1
Share
×

Thank you for sharing!

Or use your email:

Connect with families at their time of loss. By subscribing to email updates, you will receive two daily updates containing all new stories, photos, candle lightings, condolences, and more.