To share your memory on the wall of Harley Race, sign in using one of the following options:

On Thursday, August 1, 2019, Harley Leland Race passed away at the age of 76. Harley was born on April 11, 1943 to Jay and Mary (Stevens) Race. Harley’s storied past as a professional wrestler achieved him notoriety and fame to a degree that is comparable to none. Wrestling all over the world and capturing many championships along the way, he became recognized as the Greatest Wrestler on God’s Green Earth and is still regarded today as the best ever.

After retiring from in-ring competition, Harley then opened a professional wrestling academy that has taught hundreds of students from all over the world, many of them achieving success in the industry he loved. His success continued as he was entered into many wrestling Hall of Fame’s including WWE, WCW, NWA, Missouri Sports, and more.

Harley Race loved travelling and meeting his fans, but also enjoyed spending time at home and grilling on his bar-b-que grill with family and friends. He was passionate about teaching his students at his Academy to ensure his legacy will always continue.

Harley was preceded in death by his father, Jay, his mother, Mary, his first and second wife Vivian and Beverly Ann (B.J.) respectively, and his brother Tom. He is survived by his four sisters - Nadine (alongside husband Calvin), Marilyn, Carolyn, and Linda, his significant other Rosemarie, his children, and all of his “kids” (wrestlers).

Visitation and funeral services will be privately-held for family and close friends under the care of Price Funeral Home in Maryville, Missouri.

A public memorial service will be held at his wrestling academy/arena in Troy, Missouri on Sunday, August 11th starting at 3 PM. Family, friends, and fans can attend the memorial.

Harley Race will be loved by many and respected by all. Long live the King of Professional Wrestling.

Online condolences can be made to his family at www.pricefuneralhomemaryville.com
Read Less

To send flowers to the family or plant a tree in memory of Harley Leland Race, please visit our Heartfelt Sympathies Store.

Receive notifications about information and event scheduling for Harley

You will receive any future notification messages.

There are no events scheduled. You can still show your support by sending flowers directly to the family, or planting a memorial tree in memory of Harley Leland Race.
Visit the Heartfelt Sympathies Store

We encourage you to share your most beloved memories of Harley here, so that the family and other loved ones can always see it. You can upload cherished photographs, or share your favorite stories, and can even comment on those shared by others.

Posted Aug 13, 2019 at 08:06pm
Reading over his life story, Harley was the embodiment of the triumph of the human spirit over adversity. God bless him and his family.
Comment Share
Share via:
SW

Posted Aug 11, 2019 at 01:14am
As a kid I got to see Harley a few times in St. Joseph, Missouri, in cards with with Bulldog Bob Brown, Mike George, Hillbilly Vick, Bobo Brazil, The Sheik, and Rufus R. jones. Harley and Bulldog were always the most hated/loved, but everyone new harley was the "the man". I have smiles AND tears thinking of those days. Harley, you were one of a kind and will never be equaled in my mind. 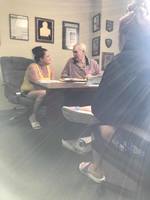 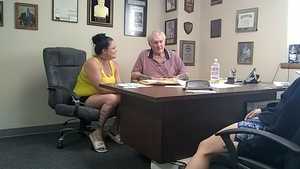