Obituary for Gary A. "Tony" Buyas 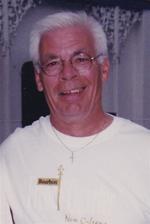 Tony was born on April 29, 1949 in Portland, Oregon to Antone and Juanita (Beck) Buyas. He attended High School in Maryville and served in the United States Air Force. Tony was a self-employed truck driver and had also drove for Eric Zimmerman. He enjoyed camping and outdoor activities.

He was preceded by his parents, two sons, Shad Nicks and Scott Buyas, his grandmother who raised him, Mollie Turner and his mother-in-law, Neva Thompson.

Mr. Buyas has been cremated under the care of Price Funeral Home. Memorial Service 10am Monday, July 13th at Price Funeral Home. Burial Oak Hill Cemetery in Maryville. The family will receive friends from 6:00pm to 8:00pm Sunday, July 12th at the funeral home and also one hour prior to the service on Monday. www.pricefuneralhomemaryville.com.