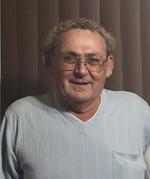 Dennis was born on January 6, 1950 in Elmo, Missouri to Harry W. and Beverly P. (Trosper) Kent. He was a 1968 graduate of West Nodaway High School and worked in construction as a concrete finisher.

He was preceded in death by his parents and one brother David Kent.