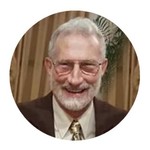 Charles Henry George
1949 - 2020
Charles Henry George passed away peacefully April 18th surrounded by friends. Chuck or “Vegas”, as he was known to his friends was born in Chicago Illinois on March 24, 1949. He graduated from Maryville RII High School in 1967. After graduating, he had a successful career as captain of a fishing trawler sailing out of Tampa, Florida. In 1987 he moved to Roatan, Honduras and founded Vegas Electric, SA which helped to bring electrical service to the island community. Over the last decade, as president and CEO, he expanded into renewable energy specializing in solar and wind energy, significantly lowering the carbon effect on the fragile reef ecosystem of the Bay Islands.
He was a certified electrical engineer, a member of National Electrical Contractor Association (NECA) and a Overseas Representative for Project Trust for 25 years, responsible for hundreds of young volunteers create lasting impacts in communities across Honduras.
He was preceded in death by his parents, Louis and Marian George. He is survived by brother Michael and sister Ruth Anne Lacky. Services will be held in the future in Roatan with burial in the Port Royal community.
The recent pandemic has significantly impacted the island economy that relies heavily on tourism leaving many households without a means of food. Chuck existed to help his fellow man, to honor his memory, Vegas Electric is accepting donations to be used to make food baskets for the families in need.
Donations can be sent to Vegas Electric, with a memo to Charles George Memorial. Addressed to Charles George
823 W Lakeside Pl
Unit 3W
Chicago, IL 60640