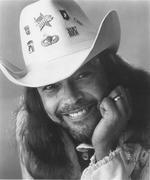 Britton R. “Britt” Small, 72 of Skidmore, Missouri passed away on Friday, June 21, 2019 at his home in Skidmore, Missouri.
Britt was born on January 31, 1947 in Shelbyville, Indiana to Dwain E. and Marilyn J. (Scudder) Small. He was a 1972 graduate of Northwest Missouri State University, receiving his BS in music education and BS in mass communication. He served in the United States Army as a paratrooper during Vietnam.
Britt was an entertainer and musician with the Festival Family. He was inducted in the Rock & Roll Hall of Fame in Missouri, Iowa and South Dakota.
He was preceded in death by his parents, and his brother, David Small.
He married Annette L. Landrus on February 25, 2019. She survives of the home. Additional survivors include, son, Marty (Ivy) Small, Richland, Missouri; daughter, Anna Oleson, Kansas City, Missouri; one brother, Thomas Small, Bartow, Florida and two grandchildren, Zane and Hazel Small.
Mr. Small has been cremated under the care of Price Funeral Home, Maryville. There will be no visitation held. A memorial service will be held at a later date. www.pricefuneralhomemaryville.com