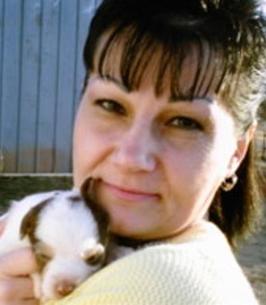 Brenda Kay (Newberry) Bettge, 61, of Collinsville, Oklahoma; formerly of Maryville, Missouri; and Essex, Tabor, Randolph, and Shenandoah, Iowa; passed away on Friday, November 23, 2018 at her home following a lengthy and courageous battle with cancer.

Brenda was born on October 16, 1957 in Maryville, Missouri to Kenneth D. and Ethelyne J. (Starmer) Newberry. The family moved to southwest Iowa where she attended the Fremont Mills Community Schools. Brenda was married to David Baker and later Terry Walker. She met William “Bill” Bettge, her soul mate and the love of her life, after moving to Oklahoma. They were married October 4, 2004 and were blessed to have shared 15 wonderful years together.

Brenda was a beautiful, kind, and caring person. Being a wife to her husband, Bill, and mother to her son, Justin Walker were her greatest joys. She worked in medical billing for Drs. Cloepfil and Samuelson at Mid-Plains Eyecare Center in Shenandoah prior to moving to Oklahoma. In Oklahoma, she again worked in medical billing as long as her health allowed. She loved spending time with friends and family, and she enjoyed horses, fishing, boating, traveling, making crafts and occasionally woodworking.

We encourage you to share any memorable photos or stories about Brenda. All tributes placed on and purchased through this memorial website will remain on in perpetuity for future generations.

F
My heartfelt condolences for the loss of your beloved, Brenda. Please know that Jehovah God and his son Jesus Christ is aware of your pain and they care for you. (2 Corinthians 1:3,4) . I hope that you are able to find some comfort in God's promise of paradise where there will be no more pain and sorrow (Revelation 21:4,5)  and the many wonderful  memories of your loved one becoming a reality in the future resurrection in paradise.  (Acts 24:15). Please accept my sincere condolences. JW.org
Fred - Sunday December 09, 2018 via Condolence Message
Share This:

J
We are so sorry for your loss. Although we’ll be unable to attend the service, know we will be thinking about and sending prayers to all.
Joe and Kristi Morehouse - Thursday November 29, 2018 via Condolence Message
Share This:

JH
I am so sorry to hear about Brenda‘s passing. She was a sweet friend when we attended FM together. We shared a love for horses and had many wonderful times together. My thoughts and prayers are with her family.
Jane (Harrison) Harmon - Thursday November 29, 2018 via Condolence Message
Share This:
1
Page 1 of 1
Share
×

Thank you for sharing!

Or use your email:

Connect with families at their time of loss. By subscribing to email updates, you will receive two daily updates containing all new stories, photos, candle lightings, condolences, and more.