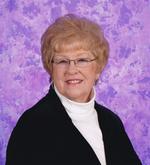 Bonnie was born on May 12, 1940 in Westboro, Missouri to Lester Ray and Alyce Marie (Deaver) Hunt. She was a 1959 graduate of Horace Mann High School and a member of St. Gregory’s Catholic Church. She worked as a shift manager at the Hitching Post Restaurant and worked in home health care, she later was a cook at Energizer Battery for many years.